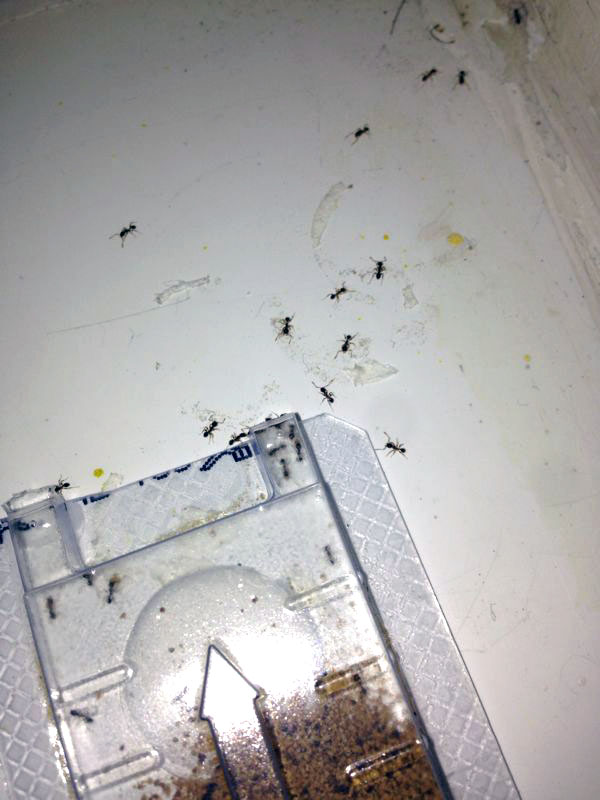 A common problem, especially in the summer 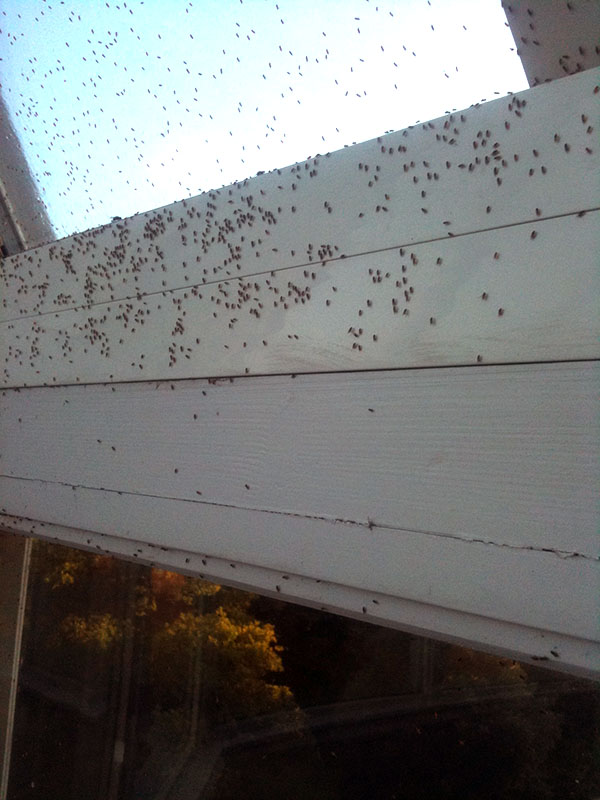 We deal with all manner of Insect problems 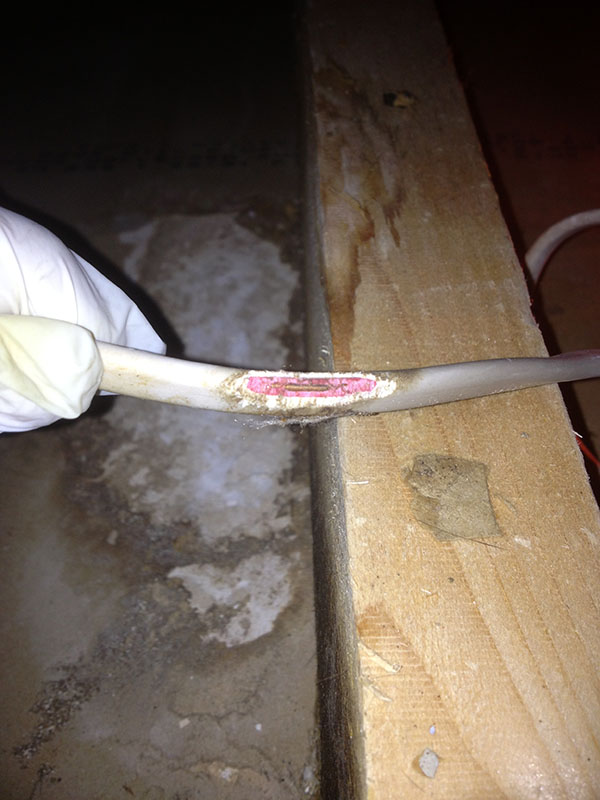 Fire hazard as they will chew electical cables 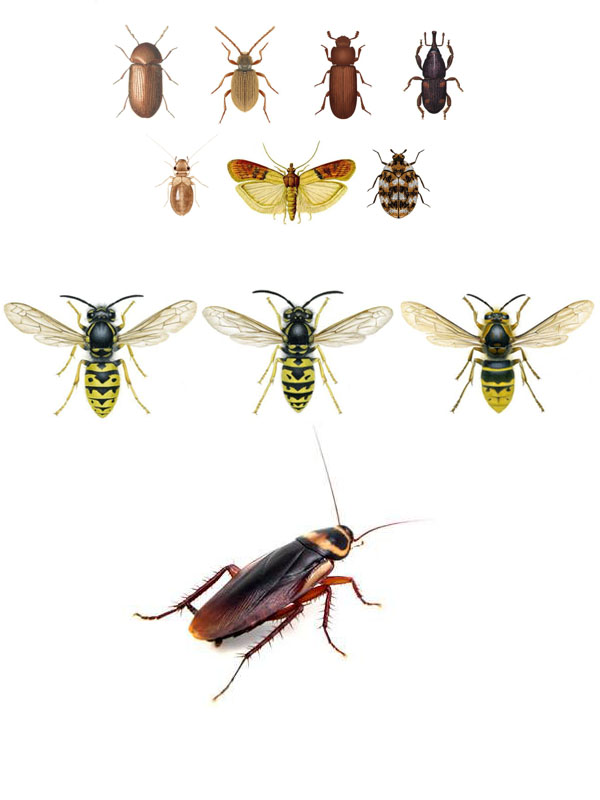 We can help with all manner of Insect Pests

Pest infestations can be incredibly distressing in a domestic environment. With this comes the risk of disease and the possibility of damage to your property. Some pests are a constant threat no matter what type of property you live in.

In most instances, we are able to provide a quotation over the phone for customers who are experiencing problems with Mice, Rats, Squirrels, Fleas, Cockroaches, Bedbugs, Flies, Ants and Wasp Nests.

For Pigeon work, we will need to visit your home to assess the level of work required prior to offering a final quotation due to the varied nature of this pest.

Gnaw through wood, plastic, concrete and soft metals, they can squeeze through gaps as small as 5mm, are adaptable to pretty much any environment, are highly mobile and can breed rapidly, therefore infestations can develop quickly.

Regarded as a pest species as they may enter buildings in search of food and shelter resulting in damage to structures and wiring.

Descended from domesticated strains of the rock dove, were originally rock and cliff dwellers but now find buildings a good substitute. Breed all year round and can produce between12-14Kgs of guano in one year.

Foul their environment and contaminate food directly as they move from filth to food indiscriminately and are therefore implicated in the transmission of many pathogens, such as those causing food poisoning and dysentery. There are over 4000 species of cockroaches worldwide, but the three main species found in the UK are Oriental Cockroach, German Cockroach and American Cockroach.

Once associated with unhygienic surroundings, they are now prevalent and can be found in homes, hostels, hotels, holiday camps, due to increased international travel, the use of second hand furniture, and suspected tolerance to some pesticides. Once introduced into your home, bedbugs can spread easily from room to room. They can be transported in luggage, clothing, furniture and bedding from one building to the next.

There are 9 species of wasp found in the UK including the Common Wasp, German Wasp and the European Hornet. Wasps make their nests from chewed wood, mixing it with their saliva to make a paste. Wasps build their nests anywhere, including, lofts, garden sheds, airbricks, bushes, shrubs, trees and even underground.

There are approximately 15,000 different species of ant around the world, 40 being found in the UK, but only 3 of these constitute a pest problem: Black or Garden Ant, Pharaoh Ant and Ghost Ant. Black/Garden Ant being the most commonly encountered by householders. Garden Ants usually nest outdoors in lawns, flower beds, beneath paving stones and at the base of walls. Premises are usually invaded by worker ants foraging for food, especially sweet foods. Ants nests may last several years, and contain 60,000 ants. Nuptial flight produces swarms of flying ants.

Adult fleas live exclusively as parasites of warm-blooded animals, especially mammals including humans, whilst they show a certain degree of host preference, fleas are by no means specific and will feed on other animals in the absence of the normal host. Cat fleas are responsible for many flea infestations, the remainder being attributable to a variety of bird and animal species.

Carry diseases pathogens on their legs and the small hairs that cover their bodies, they frequent and feed on any decaying or solid food or food stored for human consumption. It takes only a matter of seconds for them to transfer these pathogens to food or other surfaces.

Notorious for feeding on clothing and natural fibres; they have the ability to turn keratin, a protein present in hair and wool, into food. They prefer dirty fabric and are particularly attracted to carpeting and clothing that contain human sweat or other liquids which have been spilled onto them.

A common pest in museums and homes, the adult Carpet Beetle feeds only on pollen and nectar of garden flowers but lays its eggs in old birds’ nests, felt, fabric or accumulated fluff in buildings and are often found on windowsills trying to get outside. It is the larvae that causes damage. They feed on feathers, fur, hair, woolen fabrics, carpets and clothes, even wool/synthetic mixtures, but do not attack pure synthetic fibres.

Damage is often found under heavy furniture that has been standing on wool mixture carpets as the larvae like the dark space underneath where they can remain undisturbed.

Silverfish are nocturnal so are not often seen by during the day, they can run very swiftly. Occasionally, they are found in bathtubs, where they crawl in seeking food or moisture and can't climb out. These insects prefer vegetable matter with a high carbohydrate and protein content, however, indoors they will feed on almost anything.

Found in homes especially new builds with damp plaster. They feed on moulds, fungi, cereals, flour and grains. They are also common in libraries, paper storage warehouses, hence where they get their common name "booklice." The most favourable environment for booklice is one of high temperature and relative humidity.

These are insects which infest stored food, whether in the raw material state or processed. Stored product insects include beetles and moths.